Welcome! Thank you following my blog. To tell you a little about myself....I am a wife, mother of 3 beautiful girls, full time nurse, full time Scentsy Consultant, part-time travel agent (I assist my husband) & coupon guru! I love working out, eating healthy, trying new foods ( I will try anything once), traveling, cooking/baking, volunteering at church, spending time with family & friends and of course saving money! I dabble a little bit in nutrition and I am great psychiatrist to my friends, family & sometimes even strangers ( plan on working on my license in both someday). I love helping people that's why I started blogging! My blog focus is on keeping you up to date on all the Awesome deals, recipes, lifestyle changes and anything that will help you become a better you! I am such a random thinker so don't be surprised by the diversity of subjects I post! Please be sure to JOIN my blog by clicking on the JOIN button just above this message on your right or near followers, also be sure to sign up for my email updates and RSS feed so that you don't miss out on anything! Thank you again & God Bless! 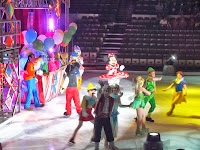 My family and I had the opportunity to see Disney On Ice presents Lets Celebrate at the Hampton Coliseum and I must say it was not your typical Disney On Ice show.  This show starred over 50 of your favorite Disney Characters! Every time one came out my children screamed with excitement!  We participated in a very merry unbirthday party, Halloween fright, Royal ball, Luau and so much more! 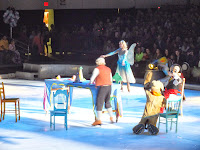 This show was everything except your traditional Disney on Ice show.  Magical Mickey taught us how to do a "clean sweep" after he conjured up the brooms!  We then found ourselves in the middle of a Halloween fright night which was a bit spooky, but done very tastefully!  It was the first time I have seen scary bring laughter and a smile to so many children's faces! We were even surprised with an appearance from Cruella Deville!  So exciting!  The music and singing while dancing on ice was incredible! 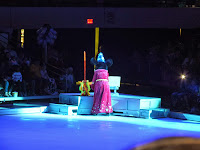 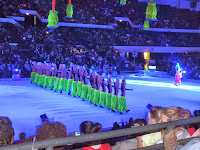 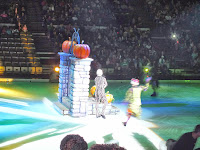 I was thrilled to see the Disney Fairy Tales come alive right before our eyes!  It is truly a sight to see! I am still chanting Bippity, Boppity, Boo! The costumes were amazing the skates were adorable! I think Minnie Mouse Flip Flops were my favorite during the celebration in Japan! During the show you experience the celebrations of all with holidays while laughing, singing & dancing. 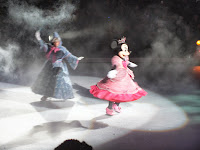 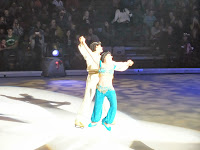 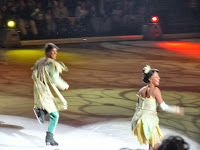 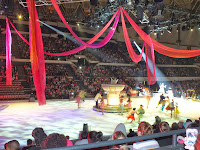 Later in the show we went to a Luau where there was really a ring of fire on ice! It was captivating!  The looks on my daughters faces were priceless!  You could truly see the excitement in their eyes!  I have never experienced anything like this and to top it off Woody, Jesse and the rest of the toys came out to party with us! I would highly recommend this show to everyone.  Not only were my children excited but my husband and I were also!  Disney on Ice presents "Lets Celebrate" is truly a show everyone should experience! I am so grateful I had the opportunity! 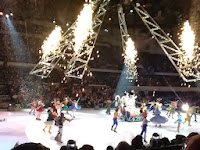 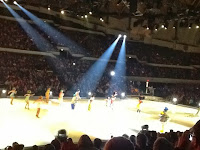 Scripture of the month

"He who is generous will be blessed, for he gives some of his food to the poor." ~ Proverbs 22:9